What's the evidence for outline numbering?

What's the evidence for outline numbering?

Earnsy Liu, TechCommNZ member and GDID student, looks for evidence (not just opinions) to help you manage the daily conundrums we face in our profession. If you have a question for Earnsy to tackle, please email comms@techcomm.nz. In this post, Earnsy looks deeper into the debate around outline numbering.

The jury is out on outline numbering

Who would’ve thought that outline numbering could make for lively debate? I certainly didn’t, but it turns out that lots of people have a view on it. The person who suggested this topic did. Her exact words need to be censored but trust me, she wasn’t a supporter!

What’s outline numbering? I took it to mean a numbered hierarchy of headings and possibly paragraphs. ‘Numbering’ could also use letters or roman numerals. Here’s an example from the Health and Safety at Work Act (2015):

Figure 1: An example of numbering in health and safety legislation.

Numbering is used in legislation, council bylaws, reference documents, and some journal articles. Oh, and in the TechCommNZ constitution.

Is it good or bad? Let’s look at research, technical communicators’ opinions, and expert advice.

There are theories and models, such as how headings ‘may communicate [hierarchical] information… with lettering and/or numbering of text sections’ (Lemarié, Lorch, & Péry-Woodley, 2012, p. 12). But there doesn’t seem to be any recent research specifically about numbering.

It’s best not to read too much into these findings, though. The researchers weren’t examining numbering per se, but headings generally, and the researchers admit the search task was ‘very rudimentary’ (p. 675). Plus, numbering wasn’t the only difference between the two conditions; indentation was different too.

Figure 2: The numbered headings used indentation to indicate hierarchy. In contrast, not only were the plain headings not numbered, their left-alignment meant they lacked hierarchical cues (Klusewitz & Lorch, 2000, p. 668).

Numbering has been discussed several times on the TechWhirl forum, with at least two dozen users chiming in on two occasions. Although that was in 1996 and 2001, when formatting was more basic and we used print more than screens, some opinions still apply. For one thing, ‘real users’ still print, as Meredith Evans reminded us at this year’s conference.

See what you think of the arguments for and against numbering, and read an expert’s current opinion.

Plain language specialist Redish agrees that ‘finding the right part is easier by number than by name’, for example in contracts. ‘Numbering is also traditional — and traditionally useful — in laws, regulations, and other legal documents that have many cross-references.

However, that tradition (and usefulness) is print-based. If everyone is going to read and use the document online where references and cross-references can be links, words are often better than numbers because they carry more meaning. But I suspect that lawyers who write laws and regulations would argue that the names would often be very long and cumbersome’ (personal communication, August 22, 2017).

The Plain English Campaign suggests numbering isn’t necessary with clear headings and a detailed table of contents. But if it is, ‘use capital letters to label sections and numbers to label paragraphs (A1, A2 and so on)’ (2001, p. 19).

Other authorities suggest either alphanumeric or decimal numbering.

Yet others prefer a numeric system:

How quickly and confidently can you read the numbers below? 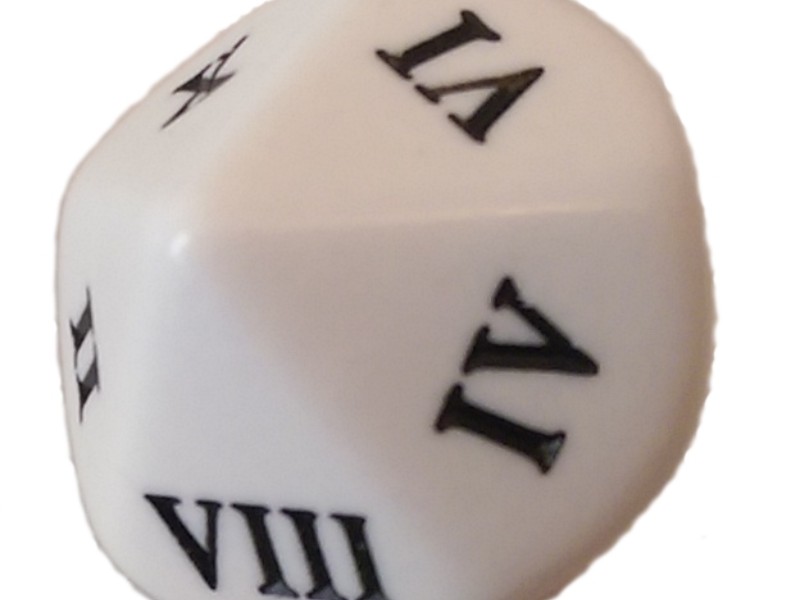 If you hesitated, you’re in good company. People take longer and made more mistakes when reading Roman numerals, especially when numbers are large (Perry, cited in Doherty, 2015; see figure 4). Although this was a 1952 study, the findings probably still apply. What’s XII and XCIX, by the way?

There’s another reason to opt for Arabic numerals: accessibility. The British Dyslexia Association’s style guide discourages Roman numerals (n.d., p. 3). Kevin Prince suspects people with dyslexia are likely to confuse Arabic numerals with letters in words. His quick check showed a screen reader read the numeral ‘i' as ‘aye’, which is also confusing. But generally, he thinks ‘outline numbering is more likely to help than hinder, particularly where you have the kind of document where you need to reference clearly’ (personal communication, August 17, 2017).

How many levels to number

Cutts (2009) suggests numbering one level: ’If you use a second tier of heading, you don’t need to number it but you should distinguish it by layout’. Or maybe two levels: ‘Avoid creating a third or fourth level of decimals (3.1.2 etc.) unless the amount of detail really demands it.’ (pp. 142-143)

The New Oxford Style Manual suggests three levels, as does Woolever, who explains that otherwise ‘the table of contents (which must include all of the numbers) will resemble a data stream and be harder to read, not easier.’ If you want more levels in the text, she suggests limiting it to three in the table of contents. (p. 304).

Should we number paragraphs? Expert advice is mixed. In order of enthusiasm:

I liked how one lawyer put it: ‘If you don’t have to use a numbered-paragraph format, don’t. When you do have to … treat the numbers as just a little detail that you are required to add in front of each of your paragraphs. Write as if they aren’t there, with headers, subheaders, transitional sentences, and all of your normal tools of organization’ (Griffis, 2013). That’s exactly what the journal Discours does:

Figure 5: Unobtrusive numbers in the journal Discours allow paragraphs to be referenced easily.

So we have precious little research, lots of opinions, and some expert advice to use numbered headings if suitable.

How do we decide? A TechWhirl contributor suggested: ‘To get rid of section numbering, do a usability study and ask readers if they refer to sections that way’ (Locke, cited in Anthony, 1996). I’d add: find out if they read on paper or on screen.

If you use numbering, consider a simple decimal system and keep to no more than three levels.

My thanks to Ginny Redish for her thoughts on this topic, and Paul Doherty for kindly sharing his article.

Doherty, P. E. (2015). A study of the effects of spatial contiguity and hierarchically structured headings in a shipboard operating and maintenance manual. WMU Journal of Maritime Affairs, 15(1), 97-125.

Plain English Campaign. (2001). How to write reports in plain English. Retrieved from http://www.plainenglish.co.uk/files/reportsguide.pdf

Purdue OWL. (2010). Why and how to create a useful outline . Retrieved from Purdue Online Writing Lab website: https://owl.english.purdue.edu/owl/resource/544/02/