What's the evidence? A penny for your thoughts

What's the evidence? A penny for your thoughts

A penny for your thoughts 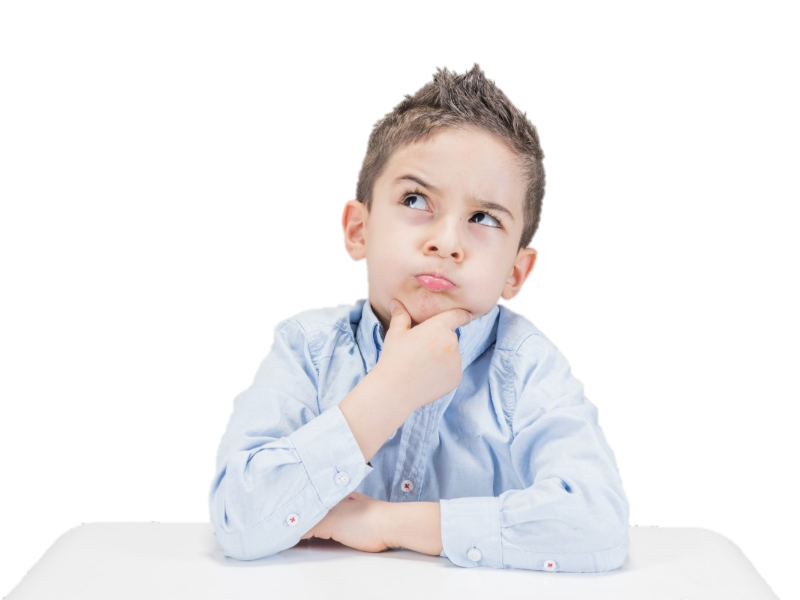 Do you speak to yourself? Mutter under your breath, cuss, and swear even? You do? I wonder if you’d make a good candidate for think-aloud research. I’m thinking of the think-aloud protocol, where usability researchers ask you to speak your thoughts.

Usability professionals often use the method to identify usability issues or test a product or website. They ask users to say what they’re thinking as they carry out a task, to find out what participants think, why they’re doing something, what they meant to do but couldn’t, and even how they felt.

A 2012 international survey of usability professionals found seven in ten of them usually or always used the method (Figure 1; McDonald, Edwards, & Zhao, 2012).

Figure 1: The think-aloud protocol is popular with usability professionals.

So how good is it really? Let’s discuss how:

What people say reveals more than eye-tracking can

Elling, Lentz, and de Jong (2012) thought: if there was such a match and participants were only silent 16 percent of the time, why do we need them to talk? Let’s just track their eye movements. Their reservations included:

They sent 60 participants to municipal websites to search for information, for example, on a subsidy for first-time homebuyers. They found:

This suggests 60 percent of verbalizations added value, which the researchers attributed to better experimental design, especially the choice of participants, website, and tasks.

Silences aren’t a concern, by the way. They often occur because participants are so occupied with their tasks that they have ‘no cognitive energy left to describe what goes on in their minds . . . . not all cognitive activity, such as scanning website pages, can be easily verbalized’ (p. 217).

Concerns about the think-aloud protocol

To search for solutions and explore new opportunities for the protocol, researchers have: 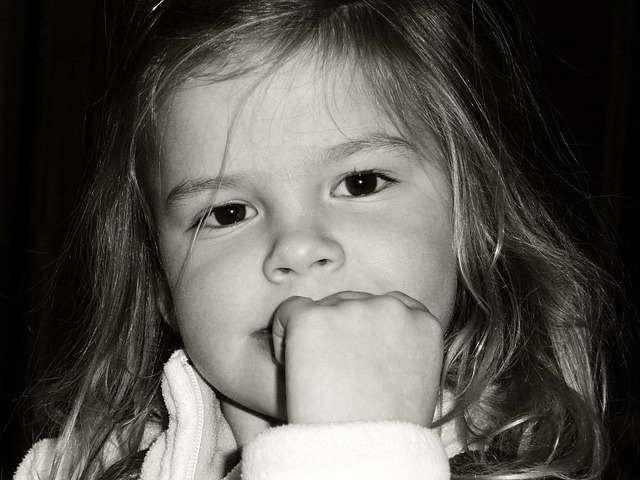 Having participants explain their thoughts retrospectively

Another approach is to ask for thoughts retrospectively. However, computer scientists Alshammari, Alhadreti, and Mayhew (2015) found that those who think aloud as they go (concurrently) raise more usability problems and more unique ones too, perhaps because they can report problems in real time.

What if we gave retrospective participants a memory jogger? Researchers Beach and Willows (2017) gave an innovative, virtual twist to retrospective thinking aloud. They had 45 elementary school teachers use a professional development website, splitting them into three groups: 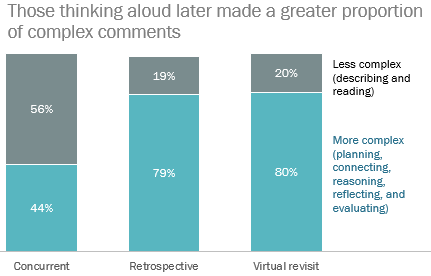 Figure 3: Those thinking aloud after completing their tasks made nearly twice as many complex comments since they didn’t have competing mental demands. An example of a complex idea is: ‘I know that there is a lot that I can do with this in terms of reading and writing and oral and drama and themes like social justice and history and so on’ (Beach and Willows, 2017; p. 76).

Could how evaluators interact with participants affect performance and results? Perhaps their ‘tones of voice, attitude, and friendliness’ could affect what participants say (cited in Alhadreti and Mayhew, 2017). It turns out this isn’t so.

This suggests there’s little difference between the groups for uncovering usability problems. 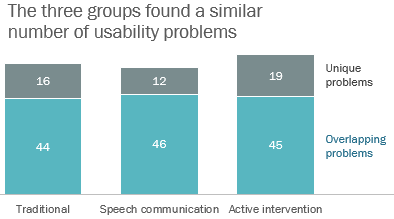 Figure 4: Not only did the groups find a similar number of usability problems, most problems were common to all the groups too 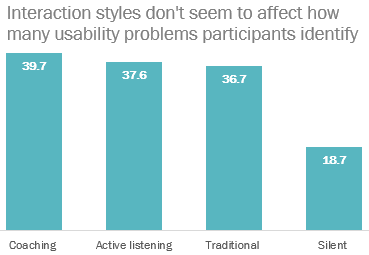 Figure 5: This study suggests evaluators should do more than just introduce a study and tasks to participants. Some interaction, even just prompting participants to speak when they have been quiet, makes all the difference to finding usability problems.

This suggests the think-aloud protocols had ‘limited influence on user performance and satisfaction’, and were significantly more successful than silence. Indeed, the authors conclude that ‘no single [think-aloud] protocol version is superior overall; each has strengths and weaknesses’ (p. 17).

In our increasingly online world, researchers conduct usability tests online too. Participants do these anytime and anywhere they like, without an evaluator in sight. Do unmoderated think-aloud sessions work? 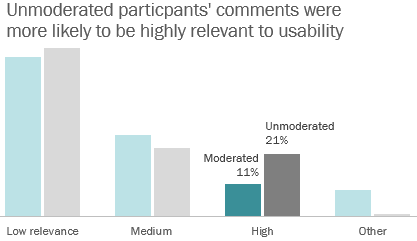 Figure 6: Unmoderated participants made more comments that were highly relevant to usability: comments that decisively identified usability issues. For example: ‘Well, what I really want to do now is just to go to Google and search because this is, eh’ (Hertzum, Borlund, & Kristoffersen, 2015; p. 10).

So what should we think?

These studies suggest it’s a good idea to get participants to think aloud, though explicitly telling them to explain their behaviour could change it. One way around it might be to record what they do and get them to think aloud retrospectively, while watching their screen recordings.

Don’t keep completely silent during the session, or ask them to; you might only find half the number of usability problems you otherwise would.

Finally, consider unmoderated tests using a recorded think-aloud method. Not only are they economical, you might find more highly relevant comments.

Alhadreti, O., & Mayhew, P. (2017). To intervene or not to intervene: an investigation of three think-aloud protocols in usability testing. Journal of Usability Studies, 12(3), 111-132. Retrieved from https://ueaeprints.uea.ac.uk/64914/1/Accepted_manuscript.pdf

Bruun, A., & Stage, J. (2015, September). An empirical study of the effects of three think-aloud protocols on identification of usability problems. In IFIP Conference on Human-Computer Interaction (pp. 159-176). Springer, Cham. Retrieved from https://hal.inria.fr/hal-01599881/document

Hertzum, M., Borlund, P., & Kristoffersen, K. B. (2015). What do thinking-aloud those say? A comparison of moderated and unmoderated usability sessions. International Journal of Human-Computer Interaction , 31(9), 557-570. Retrieved from https://www.researchgate.net/profile/Morten_Hertzum/publication/281369948_What_Do_Thinking-Aloud_Those_Say_A_Comparison_of_Moderated_and_Unmoderated_Usability_Sessions/links/56353f4e08aeb786b702c4cf.pdf