Five or 5? Words versus numerals...

Five or 5? Words versus numerals... 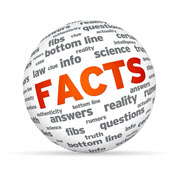 Earnsy Liu, TechCommNZ member and GDID student, looks for evidence (not just opinions) to help you manage the daily conundrums we face in our profession. If you have a question for Earnsy to tackle, please email our Comms Coordinator.

Do you write numbers in words or numerals? I prefer numerals – for example, 5 instead of five – because I think they’re easier to read. But is that right? Let’s look at the (limited) research on words versus numerals and the pros and cons of numerals. What’s recommended, and are there exceptions to the rule?

Usability expert Jakob Nielsen (2007) established that ‘numerals often stop the wandering eye … even when they're embedded within a mass of words that users otherwise ignore’. He explains how numbers grab attention:

How do users' eyes locate numerals while skipping past words? The shape of a group of digits is sufficiently different from that of a group of letters to stand out ... 2415 looks different than four even though both consist of 4 characters.

Digits enhance the scannability of web content. It's that simple.

To him, numbers are special:

Why do users fixate on numerals? Because numbers represent facts, which is something users typically relish. Sometimes people are looking for specific facts, such as a product's weight or size, so product pages are certainly one place where you should write numbers as numerals. But even when a number doesn't represent a product attribute, it's a more compact (and thus attractive) representation of hard information than flowery verbiage.

Nielsen doesn’t describe his methodology in the article, nor does he say when the research was conducted. It may be from the 1990s, since other articles of that time seem to link to the same research. But since his colleague re-iterated the advice to use numerals just two years ago (Loranger, 2014), they probably think it still applies.

Apparently, a 1987 study by the UK’s Department of Health and Social Security also found a preference for numerals (cited in Carr, 2010, p. 14).

These two seem to be the only studies comparing numerals and words, although some eye-tracking studies have looked at other aspects of numbers, such as how readers decide which number is larger (Merkley and Ansari, 2010). I thought a scientific experiment showed that the brain responded more to numerals than to similar stimuli (such as letters, scrambled numerals or letters, or foreign numerals). But one of the authors said I had drawn the wrong conclusion. Rats.

Pros and cons of numerals

Some advantages of numerals include:

Strangely enough, there don’t seem to be many arguments for using words instead of numerals, possibly because that’s the norm. It was easier to find disadvantages of numerals, including:

After a spell when we used figures for all numbers in text, we’ve reverted to the more conventional style of putting one to nine in words and 10+ in figures. The all-figures style seemed to have as many anomalies as the conventional approach.

There’s no golden rule on using words or numerals, although most authorities recommend writing small numbers in words.

But surely all documents should be easy to scan and provide credible, usable information? Communications lecturer Judy Gregory (2004) has argued that similar guidelines apply to both media, and that differences may have more to do with genre: discussions about ‘print’ tended to refer to novels and newspaper articles, and ‘web’ to business and government policies.

If the Department of Health and Social Security found a preference for numerals in 1987 – before the World Wide Web was invented (“Digital revolution,” 2016) – perhaps Nielsen’s recommendations should apply to print too.

Regardless of the size of the number (greater or less than 10, etc.), there are exceptions to the guidelines above. Here are a couple:

Most authorities recommend writing numbers at the beginning of a sentence in words rather than numerals (BBC, n.d.; Carr, 2010; National Geographic, n.d.; “Numbers and dates,” 2012). This will avoid ‘the potentially confusing sequence of a full stop, space then figure’ (Carr, 2010).

However, if that creates an awkward sentence like ‘Three hundred and twenty-seven protesters attended the rally ...’, try to re-write the sentence so it does not start with a number (National Geographic, n.d.; Reuters, 2016).

Nielsen (2007), on the other hand, still recommends using numerals at the start of a sentence on the web.

If there are several numbers together, guidelines vary:

Your editing would make it easier for some readers to take in the numbers, while others would be distracted by a perceived inconsistency. ... You decide based on how consistent the text is to begin with, how much work it will be to carry out a change throughout a document, and how likely it is that you’ll end up introducing inconsistencies. You weigh the work and the dangers against what you think most readers will find helpful. There’s usually no “correct” winner; it’s a judgment call.

There are more exceptions and special cases, but too many to discuss here. To get a taste of them, check out the Chicago Manual of Style’s three pages of Q&As on numbers.

Gregory, J. (2004). Writing for the web versus writing for print: Are they really so different? Technical Communication, 51(2), 276-285. Retrieved from Academic OneFile.