How do screenwriters write? Do they lounge on the couch waiting for the creative muse to appear before rushing to pound the keyboard in a free-flowing stream of consciousness?

Or could it be that film and TV writers follow rules – technical rules, even?

Our next guest Andrew Gunn loves the intricacies of the English language but has shied away from the responsibilities of technical writing out of a deep-rooted fear of the damage that could be wrought by a misplaced Oxford comma.

Instead he veered into the world of film and television where (as Oscar-award-winning screenwriter William Goldman declared) “No-one knows anything”. There to his surprise he found out that creative writing is a lot more technical than you might think.

In this much-anticipated talk, Andrew will take us through the essentials of a screenplay and with some video examples demonstrate how the written word translates into moving pictures and sound. He’ll show us how almost every movie we’ve seen has the same elements and follows the same rules. And he’ll speak of things that no self-respecting screenplay will ever contain.

He will provide no magic recipe for screenwriting success but you may find you never watch Netflix in quite the same way again.

The cost includes nibbles and drinks.

People who pay at the door: 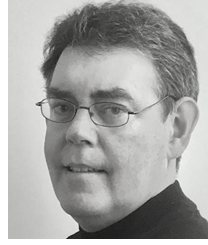 Andrew Gunn is a film and television writer who started his screenwriting career in TVNZ’s Children’s Unit well before the turn of the century. He has written for a wide variety of kids’ programmes for TVNZ, TV3, the BBC and ITV as well as for primetime New Zealand shows such as Shortland Street. He is co-writer of the feature films Kiwi Flyer (2012), 3 Mile Limit (2014) and Kiwi Christmas (2017). He also writes a weekly satirical column for The Press and Stuff online.